If you don't know yet, Me, Brian, Nar and Ancy play this awesome game called Ace of Spades. Basically it's like Minecraft combined with a Valve FPS like TF2 or CS.

You can check out the game here:

It is a free to play game. So all you have to do is download it and play it. Before you ask for the System Requirements, check the page.

Anyways, not my point. AoS is still in Beta, however, mat^2 (one of the main developers) often releases videos on YouTube and forum posts on the AoSForums about his progress on the full release, which is 1.0. Basically the game in it's curretn Beta state doesn't look that great. The pixels look horrible from some angles, that's because the game doesn't use full 3D Grapchic Effects yet. However, in AoS, OpenGL will be included. If you don't know what OpenGL, it's basically all the 3D you see in the games. Eg. Minecraft. So yes, AoS is getting a boost into OpenGL. There will also be new stuff, for example, the RPG and the Sentry Machine Gun, and maybe a Helicopter, but nobody knows how it works yet. Anyways, one thing. 1.0 won't be Free2Play anymore, you will have to pay for it, similar to Minecraft. I believe the cost is 10 bucks or less, so it's like 1/2 of Minecraft. I really don't see why this is needed, that way clans and other things will fall apart, because 89% of the Players play this game because it's free. You might be thinking: "I'll just use a cracked version", That's what I'll do to, however, if it has big limiations like the cracked Minecraft, then I'll consider saving up some money to buy it. So yes, that's it. And FINALLY, the OpenGL branch is getting a Main Menu screen, That's what the game needed since it came out. Even Minecraft had that back in 2009, at it was still in Early Classic Stages!

So yes, to show you guys a little bit of how AoS 1.0 will look like, here are some screenies, enjoy! :D

I liek to type a lot. 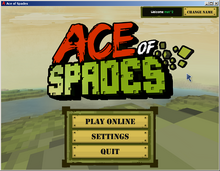 It's so beautiful T.T 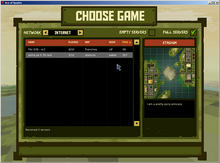 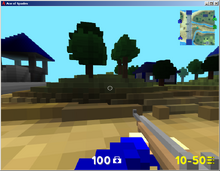 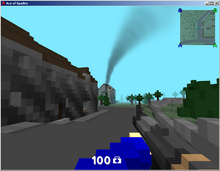