Flashback to the Past

Flashback to the Past is the second episode of AB's Awesomeness.

AB and Luigi were playing in the park.

"Of-a all-a the things-a you have told-a me le, you have-a never told le me how-a you got-a the Ultra Supreme Trix le," said Luigi.

"It matters not at all. I just got it, fought villains, and now I'm kind of famous," replied AB.

"Not really a secret, but I'll tell you anyways," said AB.

A flashback started. AB was at school without the UST. The teacher was teaching kids. AB yawned.

"Bor-ing," he said, then looked around. A desk with no one at it moved. AB turned his head, and the door opened the other way as it was made to open. AB kept looking around while stuff he wasn't looking at was moving. Then, it turned dark. Everyone gasped.

"Stay calm, everyone," said the teacher.

Electricity connected four desks, and they rose into the air. They formed a portal, and a bunch of Polymorphs came through and started invading.

"Ok, everyBODY RUN!" said the teacher. Everyone ran out the door. More Polymorphs came and invaded. Soon, all of the students and staff were in a part of the cafeteria with lots of food.

"FOOD FIGHT!" someone yelled, then everyone started throwing food at the Polymorphs.

"This is horrible," said AB. "Hey, I wonder what these are," said AB, looking at all of the disks, then the buttons. "I hope they aren't explosion buttons."

AB pressed a button on a disk, and the Polymorph holding him back became inert. AB ran forward, but slipped on the inert Polymorph and onto a cart of food. Two other students were on the cart, too. Some Polymorphs chased the AB Cart as it rode through the school. The two students, Jerry and Kyurad, threw meatball subs at the Polymorphs and knocked some down. The others dodged the subs.

"Let's try this!" said Kyurad, grabbing mustard and making a line of it on his side.

Jerry made a line of ketchup. Some Polymorphs stepped in the ketchup or mustard, and it went into them. Jerry threw sausages, and they knocked the ketchup/mustard Polymorphs away. Jerry and Kyurad grabbed cake, squeezed their cake to the other person's cake, and rolled it down the hallway. They kept making cake wheels. Most of the Polymorphs tripped.

Jerry and Kyurad made random food weapons and defeated the Polymorphs, except for one big one. They tried the food weapons they used before, but it wouldn't work. Jerry jumped onto the Polymorph and used an ice cream cone dagger to make a big slash mark. Kyurad spun three pieces of celery with marshmallows on them stuch together with peanut butter, and attacked around the slash mark. The Polymorph broke. Kyurad shot marshmallows on all the pieces to prevent them from recombining. The AB Cart went outside and flipped over. AB flew through the air, and landed at a swamp.

"That was unplanned," he said.

AB walked around the swamp, and saw something interesting. He picked it up. It was a big piece of metal. Lasers shot out of it.

"We have been sent to gather all the students so we can enslave you," said one Polymorph.

AB shot lasers at the Polymorphs, but they kept regenerating. AB electrocuted the disks and the Polymorphs died. The disks came alive and three attacked AB.

"There is a Galvanic Mechamorph named Mapapagreda who designed a machine that can upgrade any aliens. Our owners were upgraded so that if they die, we will take over for them," said the other disk, then he flew at AB.

AB shot lasers at the disk, but missed. A disk knocked AB over a branch of a tree. A piece of metal that was there fell, and AB caught it. It stuck to the first piece of metal. The disks shot lasers and they combined. AB made a forcefield with the metal, then controlled the forcefield to fly him away. The disks made sonic vibrations that broke the forcefield. AB was sent through another dimension in slow dimension, and grabbed a cylindrical, skinny, tall piece of metal with several wires and stuff on it. AB fell and landed in his dimension. The cylinder went inside the other pieces.

"I just need to get all the pieces," he said.

The metal sent out a wave and combined AB with a tree. AB whipped his branches and broke the disks, but they combined into a large robot. AB controlled plants to attack the robot. The plants squeezed the robot, and it exploded. The last piece formed and connected to the other metal. It attached itself to AB's arm, and sent out a wave that separated AB from the tree.

"I gotta find out what this thing is," said AB, touching it.

A hologram popped up. AB slowly pressed it down, and became Jetray.

AB finally managed to calm down.

"Maybe Mapapagreedyman or whatever his name was knows what this is. Hmmm," said AB.

AB flew into space and to Galvan B. He landed near a small metal shack, and went in. Mapapagreda got a Vaxasaurian out of a machine.

"There you go, Mr. Tyuio. Now you should have spring hands, feet, and a spring head," said Mapapagreda.

"Are you Mapalaphant?" asked AB.

"No. This large piece of metal stuck to my wrist and turned me into this. I think you might know something about it," said AB.

"That's the Ultra Supreme Trix. It crashed at my shack and broke into four pieces. When examining it, I found out that it was the 4th awesomest Omnitrix ever. I hid 2 pieces near a swamp. When 4 Polymorphs wanted to be upgraded, I put the 4th piece in their upgrades," said Mapapagreda.

"What's an Omnitrix? And what about the 3rd piece?" asked AB.

"An Omnitrix is any device that lets the wielder turn into aliens. You're lucky. You got the 4th awesomest. And anyways, I don't know what happened to the 3rd piece," answered Mapapagreda. "If you stay here, I'll teach you how to use that," offered Mapapagreda.

The device was complete. A Polymorph turned it on, and it rose into the air. It let out a wave, and shrunk all of the eyes of the student and staff.

"Excellent," a Polymorph said. "With humans, we can create an army that can not be deformed. And we'll steal Mapapagreda's machine, take it apart, and rebuild it so that we can upgrade any living thing. We shall upgrade humans to be super soldiers, and with them, we will be unstoppable!"

"I might wanna rethink your plan from 'With' to 'unstoppable!'" said a voice. "And would you mind forgetting the 'Excellent' part, too?"

AB fiddled with the Ultra Supreme Trix. He became a fusion of Upgrade and Chromastone.

"Chromagrade! I think I have ribs inside my ribs," said AB.

He saw some rocket skates and merged his feet with them. AB skated around the machine fast while shooting eye and hand lasers. He killed all of the standing Polymorphs except one. AB flew up, and merged with the machine. He sent out a wave that unhypnotized everyone. Their eyes grew back to regular size, and they left.

"Give it up," said AB, sending out a wave at the Master Polymorph. Master ducked under the wave and broke a part of the machine that could not be fixed by Galvanic Mechamorphs.

AB shot lasers at Master, but he formed around them. AB punched Master and knocked him outside. AB flew outside and fought Master. Master shot goo at AB. AB destroyed it with a laser. He became liquidlike and stuck Master's feet to the ground. Master slipped his feet out and grabbed AB. AB punched Master, and Master punched AB. They kept punching each other. AB flew at Master's disk and merged with it.

"With me merged with your disk, I can control you," said AB.

AB's arm unmerged with the disk and turned into some scissors. He cut Master's head off. He presses the button on the disk, making Master inert, then unmerges with it. He shoots a laser at Master's head and destroys it.

AB shot electricity at the screen.

AB is walking through the city.

"How come I am still in school? I should at least go to private school," he said.

He looked at a bank and it was being robbed. AB turned into Fasttrack and ran in. Skeletons with lots of different clothes on were robbing the bank. AB ran to the skeletons and punched their stomachs, breaking them apart.

They regenerated and shot bone balls at AB.

"That's the point," said a skeleton.

AB swatted away the bone balls, but they hurt his hands. AB slapped the Ultra Supreme Trix.

AB shot cannonballs from his hands and they repelled the bone balls. AB ran, making a trail of cannonballs. AB picked up a table and shot it from his hands like a cannonball. It smashed a skeleton and weighed the bones down to the floor so he couldn't regenerate. AB shot tables and they smashed skeletons. 3 skeletons ran out the door with lots of dough.

"Are you making cookies? Can I have some?" asked AB.

"Hey, where is this dough from?" asked a skeleton.

A skeleton helicopter dropped down a bone rope.

"THE MONEY IS UP HERE! THE DOUGH IS A GIFT FROM MY MOM. SHE HAS SOME CHOCOLATE CHIPS TOO, IF YOU WANT THEM," yelled a skeleton.

AB ran to his house.

"I'm gonna need an upgrade if I am going to be a big famous hero," said AB.

He turned into Manymachine, and made a bunch of machines. He put them in the house, and turned into Battlesuit. He attracted stuff to him, then used his new powers to build a lot of floors on the house. He reverted.

A paper fell and stuck to his back. AB went inside, and explored. The paper fell down. AB picked it up.

It was a paper of memes. AB laughed really hard. Tears came down from his eyes, and went onto his paper. A stream of tears flowed through the room, and onto a sewing machine. The sewing machine flew in the air, and sewed a large base that looked like Shoop da Whoop. Then some electricity flew from the sewing machine and into some chalk. The chalk flew around the base and colored it. It formed Shoop da Whoop. AB stopped laughing, and looked at the paper.

He turned into Wildmutt and got ready to fight Shoop da Whoop (let's call him Shoopy). Shoopy shot a laser and shot him back. AB jumped forward as Four Arms. Shoopy shot another laser and knocked him back.

Vulkanus crashed through the wall with some pickaxe minions.

Shoopy fired lasers at the pickaxe minions while AB fought Vulkanus. AB fought Vulkanus' strength with strength, and a drill arm by hitting Vulkanus with his hip and knocking him backwards. AB pushed Vulkanus back and Shoopy shot a laser at him. Vulkanus' suit malfunctioned and flew out of the hole. The minions followed him.

"Now with that taken care of, let's defeat the skeletons," said AB.

"Everything's made out of bones? That's a bad idea. I can see that they are stashing the money in a vault," said AB.

They went inside the castle. Shoopy shot a laser at the vault while AB punched skeleton warriors and knocked them down.

"The master would attack you guys, but he needs to be at full health if he's gonna unleash his plan," said a skeleton.

"I'm going to keep you in my house until you tell me," said AB.

Shoopy sucessfully broke the vault. AB and Shoopy flew to the bank, returned the money, and they flew home. AB put the skeleton in a holding cell.

"Like I said I would. Hey, cool. My line continues the narration," said AB, reverting. 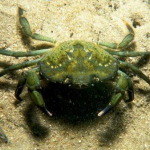